So you’re an online jockey – with your own product or service or an affiliate marketer and your lifeblood rests in your Internet connection. When you’re away from the computer and don’t have access to email or Facebook for more than 24 hours, you start suffering from withdrawal symptoms.

Chances are you need your digital fix.

Here are some tools that can help boost your online business.

Free Images: Formerly known as sxc.hu (Stock Exchange Hungary), the site’s parent company Jupiter Images was acquired by Getty Images and rebranded as “Free Images”. The user experience is largely the same and even though I have memberships to Deposit photos and other photo stock sites, I usually head to Free Images to check out the available options for this blog or other campaigns. Take note that some images require seeking permission and including other attribution info. I usually go for the ones with the standard terms and conditions so I can use the images immediately.

Canva: Web/Cloud-based photo editing sites have been around for some time, including Google’s Picasa. What I like about Canva is its easy-to-use interface, plus a set of predefined templates for Twitter banners, FB Ads, ebook covers, etc. So while I still have Adobe Photoshop, Gimp and other photo utilities on my computer, I usually head to Canva and get it done within a few minutes.

Google Drive (formerly known as Google Docs?): I’d include a screenshot, but I do so much stuff on there now, it’s not easy to take a screen without showing the client projects I’m working on. With Internet access, I’m putting together project proposals, marketing plans, writing ebooks, archiving blog posts/bookmarks.

I’ve also shifted most of my expenses and accounting to the Google spreadsheet. It’s an easy way to get remote admin support to enter my expenses into a shared doc, then ping me when it’s completed.

Forms are also useful for collecting feedback and data for projects you’re launching or in the middle of a course to get suggestions for enhancements. In a pinch, linking out to a Google Form also serves as a ghetto contact form, with feedback going into a spreadsheet for review.

The calendar is also a great meeting coordination tool. By inviting others to your events, you can get RSVPs for meetings as the system sends them an event invite which they can then confirm. since Calendar replicates itself over iOS and Android, it’s a good way to stay on top of your schedule.

Pamela call recording software for Skype: I’ve tried a bunch of free call recording plugins/software, they usually don’t work as well as I’d like. I’ve gone to the extent of using Techsmith Camtasia to try recording calls. No dice. I’ve finally gone back to using Pamela which had been a mainstay when I was doing podcasts more regularly. It’s a paid offering, but if it works well, it’ll pay for itself many times over.

Google Hangouts: I’ve using Hangouts more often for project meetings and consultations. If you use the Hangout On Air broadcasting function, it records and posts the call to YouTube, which means no messing around with third-party recording software.

You can also make free phone calls to the US and Canada for free by following this tutorial, though I haven’t tried that out yet.

Online-stopwatch: Keeping on task can be a challenge unless you have a taskmaster to watch what you’re doing. Especially with a tight project deadline looming ahead of you, tools like Online-Stopwatch, which is an online countdown timer, can be helpful. And it’s useful if you play any online games with countdown timers for mob spawn rates…

Dropbox: Possibly the first online file storage service (or at least with the largest critical mass), I’ve been using Dropbox since its beta and have grown my mailbox from the default 2GB to 16.4GB through referrals and its bonus storage options. I manage data across an Intel Atom machine that I use as a file server and the various desktops and laptops (Mac and PC) that I use for work. If you use it for sensitive data (or your cryptocoin/bitcoin backups) be sure to enable 2-factor authentication.

iCloud: Apple’s accompanying web interface for its iCloud surface, the data across the web interface can be synchronised with your iOS and Mac OS devices. Just be sure not to post any naked selfies to the cloud surface. Unless your last name is Kardashian or Hilton. Anyway, I like to update long-ish notes via the Notes application via the desktop interface, then pull the update on my iPhone. The most useful function probably is the “Find my iPhone” function, which despite its name can be used to find that missing iPhone, iPod, iPad and Mac device…

Voluum: I’ve tried various conversion tracking software and the ones I like best are CPV Lab and Voluum. CPV Lab’s more efficient than the free alternative Prosper202, and more feature-rich and user-friendly. I’ve been using Voluum more regularly since it’s being hosted makes it an easy option to use without having to deal with a VPS or dedicated hosting the software. Some will have concerned about your campaign data being shared, especially since ZeroPark is a sister company and Voluum themselves might also run lead generation campaigns. I don’t think your data being shared when you’re a smaller affiliate is an issue. And if you’re concerned about protecting your data, you could always develop a custom solution for about $10,000 or more when you’re doing bigger numbers.

* This article was originally published here 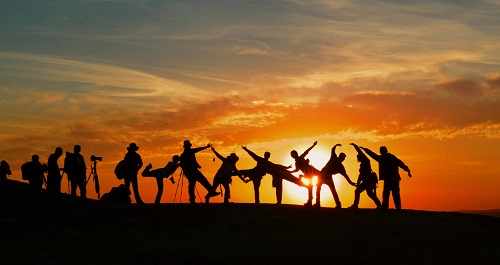 Embracing the LGBTQIA+ online community as part of youradvertising strategy